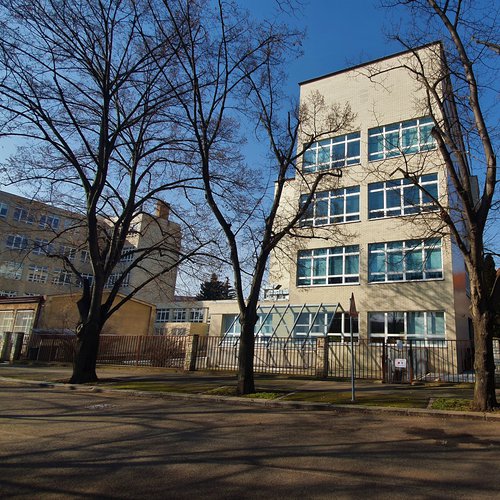 The schools were built in two stages. Between 1927 and 1929 was built the nowadays grammar school (gymnázium), between 1936-1937 the building of the today primary school (základní škola).

The older building of the grammar school stands on a T-shaped floor plan, it has four floors with a raised ground floor, a protruding entrance risalit and a flat roof. The facade lined with light gray ceramics is broken by strip windows, the staircase is marked by a vertical row of round windows. The interior is dominated by a central hall with a reinforced concrete staircase structure, from which the individual wings of the building protrude. Many of the original equipment has been preserved: glass showcases, window handles, railings and many other elements - such as some surfaces in the interior or a pergola above the entrance in the rear wing (according to the Czech National Heritage Institute NPÚ). In the first years of operation, the roof served as a sun terrace. From this period also dates a accessible roof superstructure, today used as a cabinet. In the first years of its existence it was used as a Chlapecká měšťanská škola (boys' burgher school).

The elementary school building is L-shaped, standing north of the grammar school. It is also four-storey with a flat roof, with a facade with ceramic tiles, divided by strip windows. The staircase in shallow risalit is illuminated by a strip of luxfer. The interior is again clearly divided by a central staircase, from which run individual corridors with a number of classes. The corridors are illuminated by glazing between the classroom and the corridor. A number of original details have been preserved, such as the wooden glass doors of the classrooms and also the doors of the main entrance (again according NPÚ). 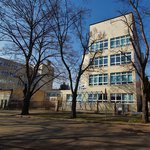 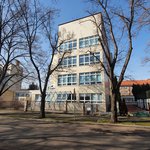 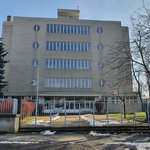 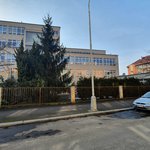 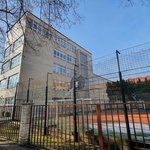