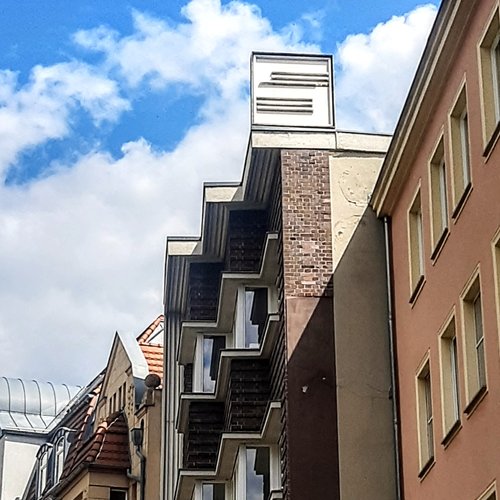 Cottbus is home to one of Germany's first modern buildings.

As an expressionist building it is stepped along its length.  The sloping position of the house between the neighbouring buildings was most likely used for this.
The ground floor features two large window panes and the entrance area. The floors above are more clearly structured by concrete window bands above the windows. The illuminated advertising for Schocken is still preserved on the roof. They used a large S, illuminatedby neon tubes. 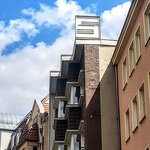 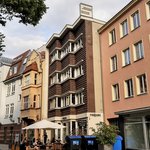 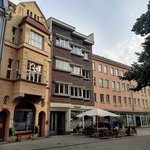