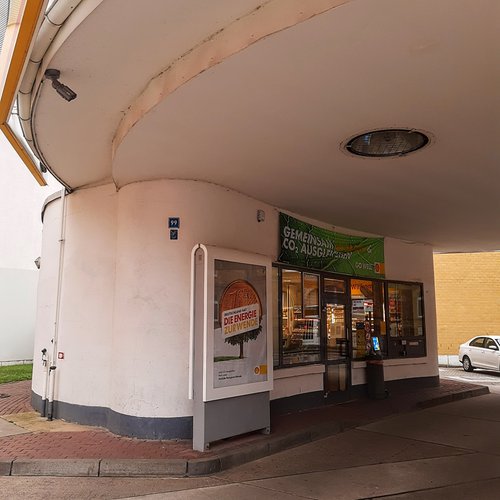 A little petrol station with some power...

A small kidney-shaped building with a glass window was designed for the petrol station's attendants, is nowadays used for a little shop. The area around the petrol pumps is supported by a circular reinforced concrete structure on three pillars. The composition of these two geometric bodies adds up to petrol station's extraordinary virtue.

Power to little ones: the small petrol station has shaped its surroundings, because the building behind it from the 1990s adheres to the round shape of the petrol station. We think that's great.

The exciting thing about petrol stations is that they were as new as modernity itself. They represent a new task in architecture. This petrol station was built in 1929 and is still in use. Otherwise it is no longer common in Germany that petrol stations are be located in the middle of residential areas. 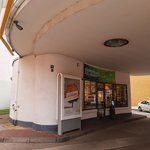 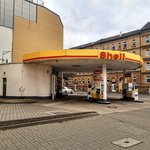 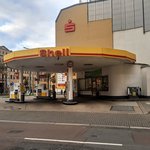 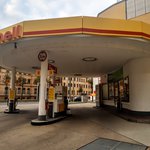 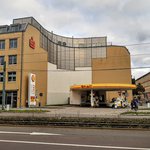