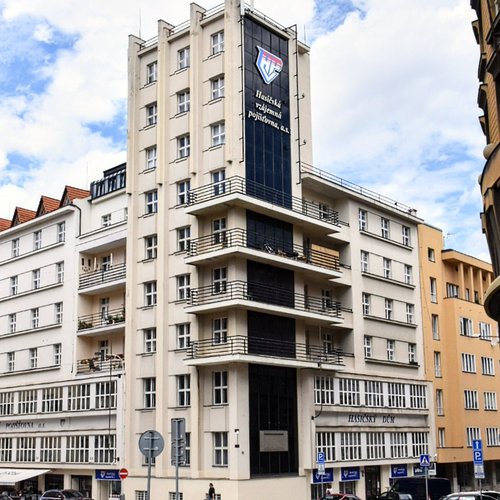 An impressive, early form of modernism in architecture.

The corner of the building is designed as a prominent tower. As the building was built for the Czech Fire Brigade Association, the tower was symbolically the sign of a hose tower, typical of many fire stations. The poles between the 7th and 9th floors are symbolising hoses. But this tower was not used for hanging and drying fire hoses, but housed a conference room and bedrooms for firefighters.

The tower has balconies in front from the 3rd to the 6th floor, which are used by residents of the adjacent flats located on these floors.

The windows of the flats and bedrooms are designed as casement windows. In contrast to these and also the vertical tower, the windows on the 1st and 2nd floors are carried out as horizontal ribbon windows. The rooms behind those windows are offices.

The ground floor zone is a space for restaurants and shops.

A smaller building in the courtyard is connected to the front building. It was opened as a cinema, theatre and variety theatre. Today, the building houses the theatre u Hasičů.

Czech art historian Rostislav Švácha considers the Chicago Tribune Tower building by Walter Gropius and Adolf Meyer, which was only planned on paper, as a model for this building. The Czech architect and architecture expert Zdeněk Lukeš recognises impulses from Soviet Constructivism. The House of Soviets in St. Petersburg, built between 1930 and 1935, can be compared to the House of Firemen in the broadest sense.

Prague-Vinohrady was already densely built up until World War I. Only in this area existed still undeveloped plots called Seidlovo pole.

The plans for this building are published in September 1926. On this website they are presented in the gallery. Considering the planning period, this building, with its glass tower, striking balconies and railings, as well as the reduction of architectural forms, can be seen as a very early form of modern architecture in Czechoslovakia. 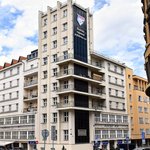 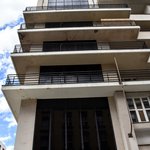 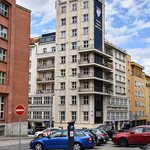 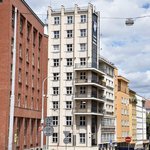 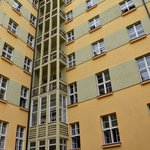 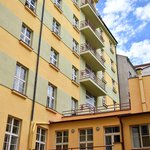