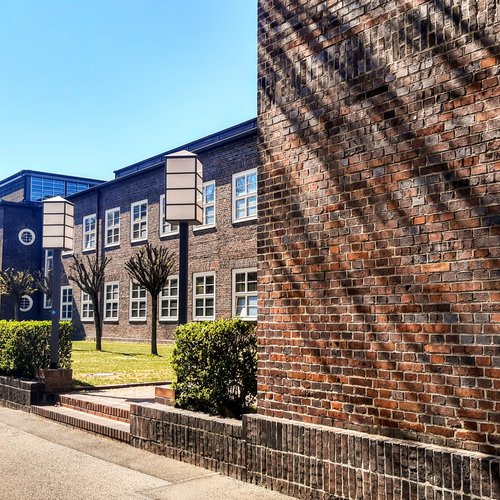 Today's use: Blood Donation Centre of the University Hospital Leipzig

It is 1926 and we are in Leipzig. That building is quiet modern related to the year of construction and the city. The flat roofs were unavoidable at the time of construction. Next to the clinic in northern direction are wooden barracks that had to be supplied with sufficient light. Otherwise, the architect would have had to give the clinic building a pointed roof. According to a statement by Kramer in 1929 about the flat roofs, he was very happy about this circumstance.

The building was used exclusively for teaching and research. Rough clinker bricks were used on the exterior. The building has an asymmetrical ground plan, making the former functional areas of the clinic well recognisable. The former lecture hall stands in the southwest. Once it was marked on the façade with a diamond ornament. During World War II it got demaged, it was restored without the diamond ornament. On the roof, the glass construction allowed a lot of daylight to enter the lecture hall. The teaching and research rooms were located in the flat two-storey building and in the three-storey building to the north-east. The X-ray department was housed in a one-storey wing leading to the hospital grounds. This area was demolished after the destruction during the Second World War.

The three remaining, different structures of the building are also accentuated by different windows, which indicate the different purposes of the three parts of this building. 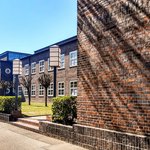 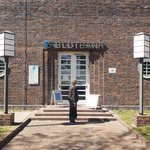 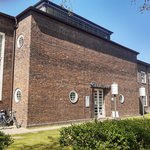 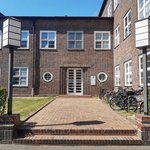 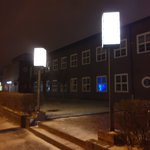