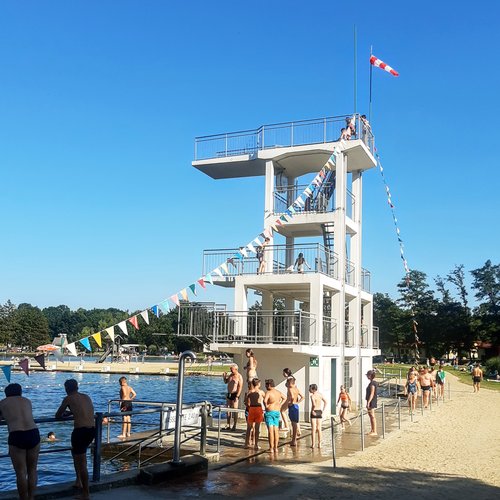 A lido in a picturesque setting.

The most impressive building is definitely the diving tower with its platforms at 3, 5 and 10 meters. It stands next to the swimming lanes. The rest of the pool area was designed irregularly to express the closeness to nature. To the west of the swimming pool is situated the so-called gondola pond. Boats could be driven on it. Technically, however, it served as a pre-basin for warming up the water of the brook called "Zufluss Gondelbach" before it was discharged into the large basin. Fresh water for the main pool is used by the brook called "Badzufluss". We did not photograph the buildings during our visit due to the unfavorable position of the sun. The restaurant with the roof terrace and the changing rooms can be seen on these historical pictures.

Wald in German means forest, meaning that this lido has a reference to nature. Not far away from Großschönau and Jonsdorf and Upper Lusatia's highest mountain Lausche/Luž, the construction work started in 1930. We found an interesting detail, that it was not just planned as a further free time activity, but also to give people in this region of Upper Lusatia a job during the world economic crisis.

In 1978, the large, striking walrus was set up as a slide in the pool. 20 years laters, in 1998 the lido's name was changed to Trixi-Bad and several other facilities such as a swimming pool and a hotel were added. 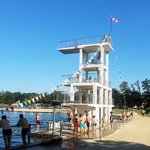 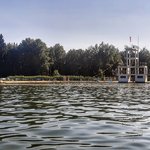 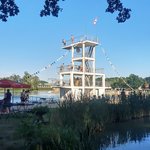 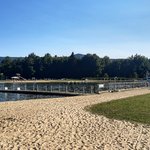 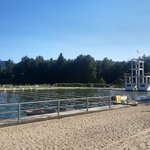