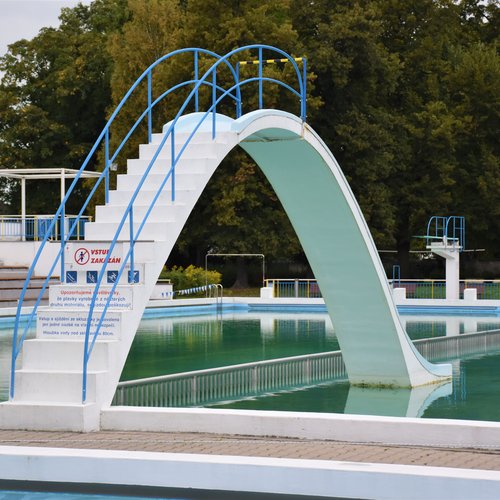 The eye-catchers of the pool are the curved slide and the diving tower at the historic pool with its 50-metre lane. The design was made by Václav Kolátor, who was a specialist architect for swimming pools in Czechoslovakia. To the east of the pool is located a wood-clad building for the changing rooms and a bistro.

The plans for this lido date from 1938. It is said that construction work had to be stopped due to World War II in 1941. However, no year is ever mentioned when the work began.
After World War II, the work was continued by the Prague architect Josef Kumpán. The swimming pool was first opened in 1948, followed by the buildings until 1951. That means, the plans from 1938 were completed after 13 years.
As the pool was in a very poor condition, it was renovated in 1993. The two architects Petr Hrůša and Petr Pelčák from Brno showed great sensitivity in extending the historical facilities of the pool, changing room and bistro with a zone of wooden sunbeds that can also be used as a spectator tribune.

Position
along a street with/in a garden periphere/neighbourhood 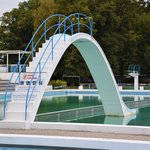 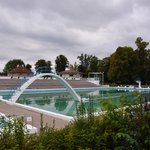 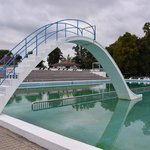 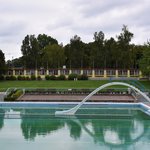 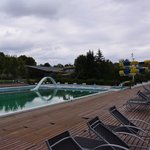 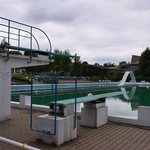 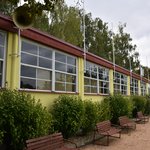 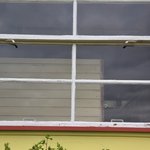 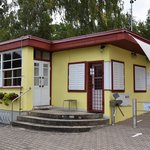 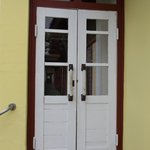