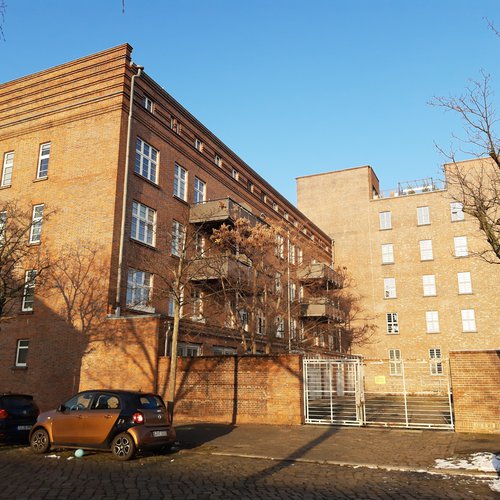 The plans for the buildings date from 1928. The Karstadt department store company, which owned a department store on Petersstraße in the centre of Leipzig, planned these two buildings. Due to the global economic crisis, they were never used properly and in 1937 they were sold to a paper wholesaler. The buildings stayed empty after 1990. The warehouse is used today as a residential building since 2019, and the residential building got renovated in 2017.

The building should be plastered according to the plans from 1928. The clinker brick building was implemented. This material makes the two buildings look heavier than with a plastered facade, probably in white. The two houses were built from summer of 1929 to June 20th, 1930.
The taller building at the northern end with the number 40 was built as a warehouse. It has 5 floors. The reinforced concrete structure has a grid of around 6x6 meters inside. On the courtyard side, the warehouse had a freight elevator and an elevator for delivery vans, which could thus reach every floor of the warehouse. There was a ramp on the courtyard side because, the building had a siding to the railway line to the north. After the modernization of the house in 2019, the tenants now have terraces with gardens instead of this ramp.

Karstadt planned 12 apartments for employees for the residential building with the numbers 36 and 38. The original garages are still located on the courtyard side on the ground floor. Unfortunately, after the modernization, the plastic windows do not have a positive effect on the appearance of the house. 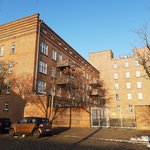 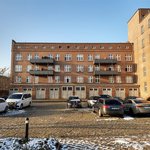 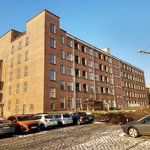 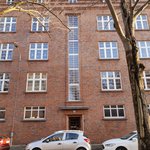 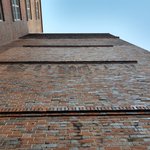 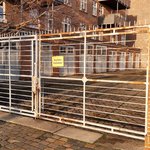 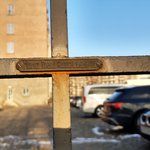