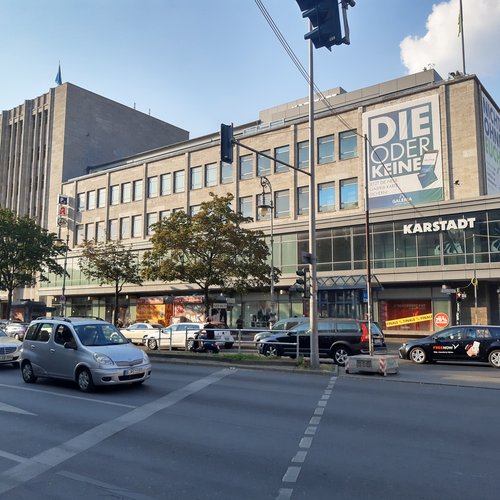 Department store, which was built from 1927 to 1929 for the Rudolph Karstadt A.-G. In April 1945, the department store was blown up by SS troops to make it difficult for the Red Army to find food in the store. No original facade of the entrance area at Hermannplatz has been preserved. Only on the street Hasenheide is preserved a small part of the old building, a tower like element on the left side, which was supplemented by a new building by Alfred Busse from 1951–1952. In January 2019, the owner Signa announced that it would restore the original facade of the whole building.

Karstadt financed the underground station Hermannplatz, which is a huge station by Berlin standards, elegant, but not modern in terms of aesthetic values. 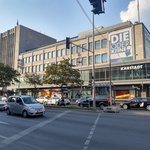