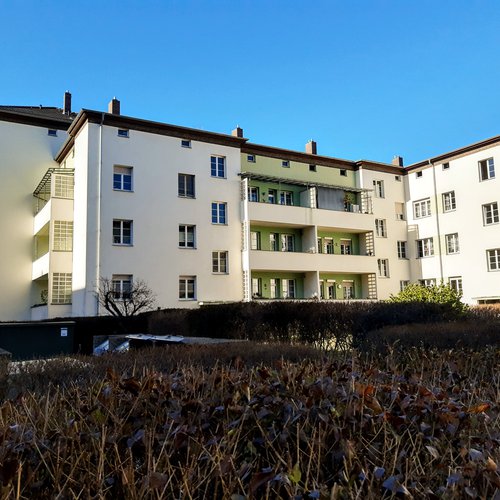 This housing estate features 52 flats with three bedrooms. It was rather exceptional for a private architect in Leipzig to realise such a project.

The small complex was set in an older residential area. In order to make use of more land, the middle part of the housing estate was moved to the back, towards the north. This creates a little square. It is quite interesting that the two houses No. 18 and 32, which adjoin the older houses, were built with light gable roofs, adapting the style of the older houses. On the other hand, the middle part on the little square, ends with a flat roof in the upper part.

The north side with the large balconies is probably the most modernist element of this housing estate. This side can be seen from a small park to the north of the housing estate. It is very untypical for buildings of the international style with the balconies facing north, a cardinal direction with less light. Moreover this north side is probably the most progressive architecture of the housing estate and the less visible, because of rather conservative attitudes towards modern architecture in Leipzig in the 1930s.

It is assumed that the Rundling in Leipzig with its flat roofs influenced the city's architecture. In a residential neighborhhood with mainly older architecure like Gohlis, buildings would not have featured flat roofs without the influence of Hubert Ritter's Rundling. 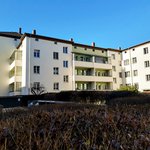 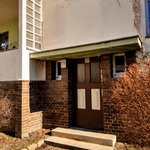 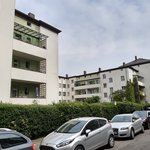 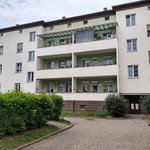 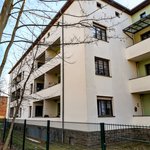