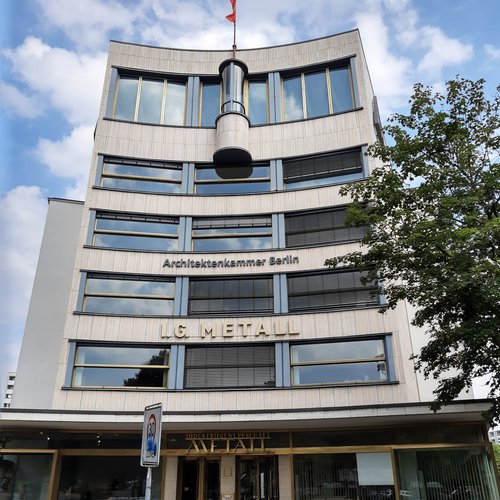 Along with the Columbus House, which no longer exists, the Metalworkers' House is one of Erich Mendelsohn's largest projects in Berlin. Since the 1910s, more high-rise buildings were to be built in Berlin.

The German Metalworkers' Association (DMV) moved its headquarters from Stuttgart to Berlin in 1928. Mendelssohn had already gained experience, as he was drawing up plans for a trade union building in Zwickau. His experience was mainly in the construction of department stores.

The house is located on Lindenallee, which at the time the house was built was developed into a new main traffic axis to relieve the Friedrichstrasse. Mendelsohn planned urbanistically at this location, because where the houses of Lindenallee 113-116 stand today, a second building of the union was to be erected, in which the printing works were to be accommodated. A bridge over the Lindenallee was to connect the two buildings. Finally only the house on the right side of Lindenallee at the corner of Alte Jakobstraße was built.

The main building was built on a triangular site and finished in 1930. The top at the corner of Lindenallee and Alte Jakobstraße is concave, creating a small forecourt. In accordance with hierarchical principles, the offices of the board of directors were accommodated here. The highest room of the building at the main front is the meeting room, which is accentuated with a glass bay window and a flagpole. This is symbolically the command centre, almost like the place for a captain on a ship. Offices and printing houses followed on the sides. Like the shops, the printing works were located on the ground floor.

The reinforced concrete structure was built in 1929. During the construction work Mendelsohn changed the plans for the main front of the house, where the height of the Gemise was increased by 65 cm. The cladding of the building consists of shell limestone slabs that were mounted. With this he indicated that they have no load-bearing properties. Besides the shell limestone, the sliding windows have bronze frames, which gives the building a luxurious appearance. The ground floor is completely glazed. Through the entrance you enter a bright vestibule, which today houses a small exhibition about the history of the house and the architect. Mendelsohn often attached great importance to the staircases in his buildings. The staircase is located at the end of the vestibule and thus in the inner courtyard of the building. It is only from the outside that its design significance, which is almost constructivist, becomes clear. The staircase leads to the long corridors that connect the offices with the stairwell. A transverse low building in the inner courtyard was originally the print shop.

Mendelsohn designed the new furniture for the conference room. For the administrative rooms, furniture from Stuttgart was used. 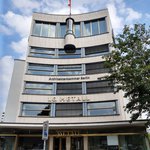 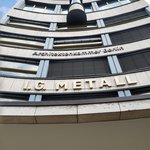 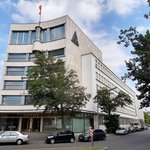 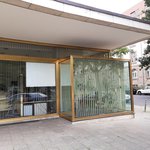 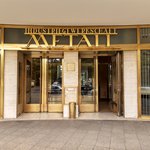 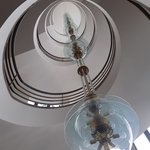 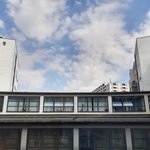 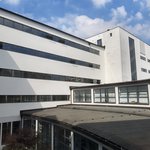 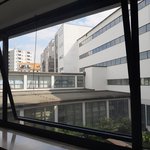