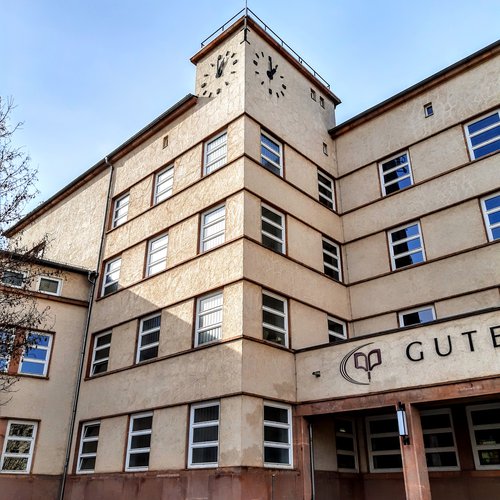 The four-storey main building in the middle is adjoined by two flatter wing buildings. Between all three parts of the school is situated an inner courtyard that is about one metre above street level. The little tower on the main building is equipped with a clock and a flagpole. The southern building on Prager Straße houses an auditorium. This wing of the school has a gable at the street corner Prager Straße/Gutenbergplatz, a reminiscent of the architecture around 1900. The reasons of choosing this architecture are unknown. Perhaps the building appears more traditional to Leipzig's standards and habits. Standing on Prager Straße, this southern wing conceals the main building. The northern wing with its differently proportioned windows was built after 1945.

The light plaster facades are horizontally divided by a reddish stone called Rochlitz porphyry, that also dominates the entrance area.

The school was built from 1928 to 1929 for the education of printers and was located in the centre of the Graphic Quarter (Graphisches Viertel). Leipzig was the most important book centre in Germany until the Second World War. Surprisingly, a modern design was chosen for a school building with high prestige, because in Leipzig a conservative view on architecture was more dominant than modern influences.

The architect Otto Droge used various styles. Modernism is dominating the outside, Art Deco and "Brick Expressionism" are used inside. 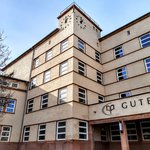 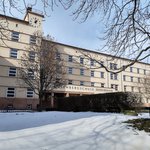 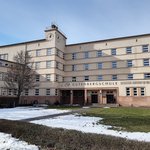 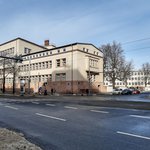