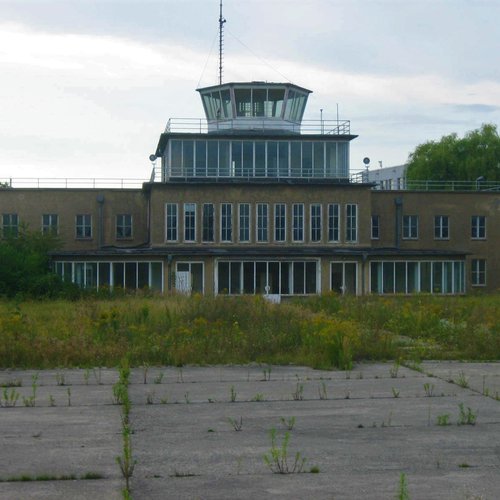 Today's use: Empty, without use

It is a two-storey building with a flat roof and a clinker facade. The construction is made of reinforced concret. Four identical blocks were planned, but not built. The ground floor of the administration building housed a check-in hall for passengers, airline offices, the airport administration and the air police. There was a three-level terrace on the roof, which does not exist anymore. On each of the two corners of the building facing the airfield was a glazed stair tower.

The all-round glazed tower on top of the administration building was added in 1955 for the flight safety.

The airport was put into operation in 1913 as an airship port and flying station. Until its closure in 1991, Mockau Airport was used for civilian purposes, but during the First and Second World Wars it housed production facilities for the aircraft armament industry. 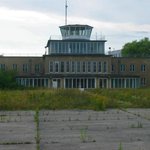 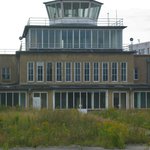