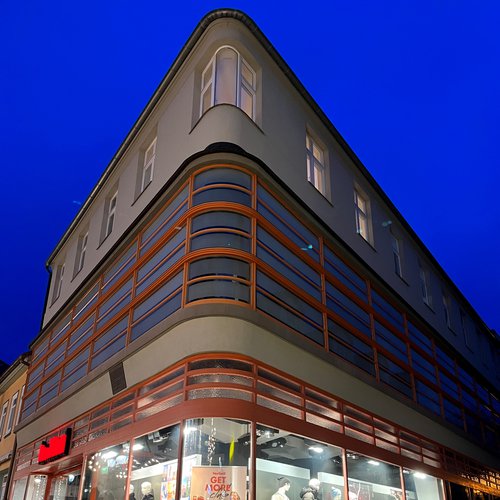 Today's use: Department store and apartments

Ilmenau's most progressive modern architecture of the interwar time.

The lower two floors with their large windows for the department stores' areas are the real eye-catcher of the building. The elegant effect is enhanced by the round corner.
The second floor houses as a flat. The top floor is cladded with shale, typical for Thuringia. In the Spitalgasse on the right edge of the building is the staircase with vertical window shapes that contrastive to the horizontal alignment of the shop windows.

The couple Samuel and Helene Gronner bought the property in 1927. Two laters the new department store for men's and boys' fashion has been open. This website mentions, that the building was very popular among the local inhabitants.

On the house is placed a memorial plaque for the company founders Samuel and Helene Grommer since 1993. There are stumbling stones in front of the department store that also mention Helene's brother Wilhelm Sandler. He was a successful department stores' owner and ran several branches in Coburg. After the death of his wife in 1935, he moved to Ilmenau and lived with his family.
The owners were expropriated during the Reichsprogriomnacht on 9 November 1938 and the business was "Aryanised".
The house has recently been restored by Jürgen Ballasus. 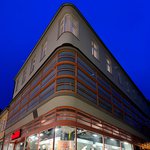 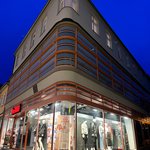 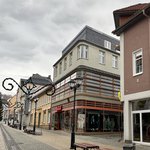 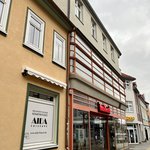 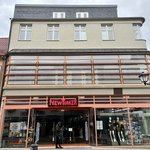 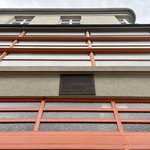 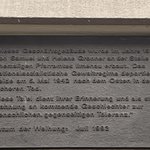 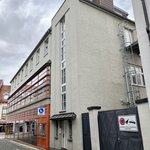 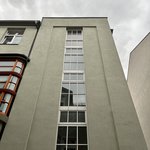 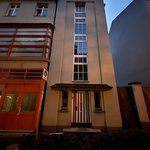