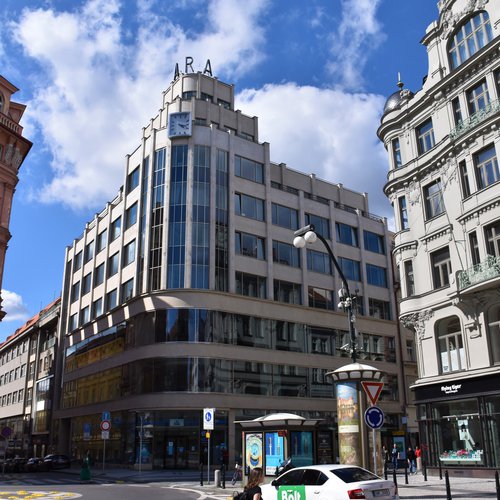 The house has a dramatic visual design.

The ground floor, as well as the first and second floors are emphasized horizontally. In addition, the house on the first and second floor has curved window panes on the corner, a patent from Czechoslovakia. The sides are also formed horizontally up to the 5th floor. The 6th floor is set back a bit, creating a terrace on the side areas on the 6th floor. In the middle, the house is oriented vertically around the corner and rises up to an 8th floor. The vertical orientation is particularly enhanced by the lighting in the dark. The 7th and 8th floors are also slightly recessed, which also enables small terraces.

The textile shop A. and R. Amschelberger, which gives the abbreviation ARA for the former department store, started to build it in 1930. On January 5th, 1931, the building burned for two and a half hours. However, due to the steel structure, it withstood the flames. It was decided to install a Springer fire protection system immediately afterwards. The building was then opened in 1932. Another fire in 1961 was quickly brought under control thanks to the Springer system and the steel frame construction.
The architect Milan Babuška developed the plans for this house in 1927/28. In socialism the house was used as a department store (Obchodní dům) Perla.

In 2014 the Austrian real estate company ECE took over the house. It was then extensively modernized. The neon lights on the house are particularly noticeable in the evening. The Czech National Heritage Institute NPÚ did not allow cost-saving LEDs, but this also gives the house its original charm at night. The lettering ARA was also added again at the highest point of the house. With the lighting effect, but also the architecture itself, Prague regains one of its magnificent interwar houses. It reminds in details of plans by Bruno Taut, who set highlights in the cityscape with his ideas of a city crown, albeit with a different conceptual and philosophical concept. 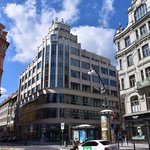 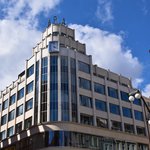 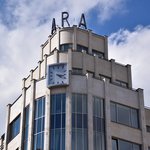 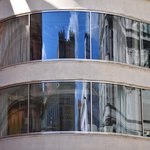 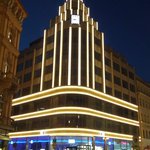 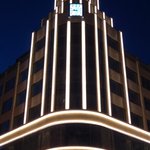