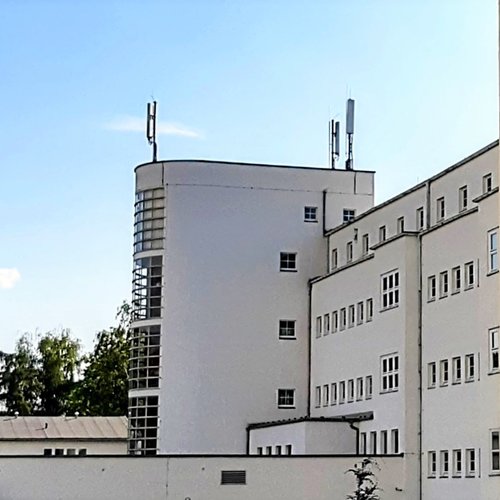 Zittau's architectural gem of the interwar period on the edge of the centre.

The individual functions of the school are already made visible to the outside. The central main building houses corridors and classrooms. It is built quatrically and has its own inner courtyard. The cubic building in the west is used as an assembly hall. And the staircase on the south-east corner with its large glass windows indicates that the distribution for the individual floors is located here.

At the end of the 19th century, Zittau's craftsmen started to study how to draw. As the old school building became too small, the municipality decided to build a new, larger building. It was built between 1928-1930.
It is interesting to note that the combination of the craftsmen's profile in Zittau and the developements at the Dessau Bauhaus had apparently an impulse on the school's design and structure.
Even today, some original interior furnishings in the school are preserved, such as round lamps and built-in cupboards in the corridors. 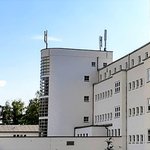 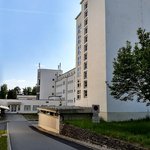 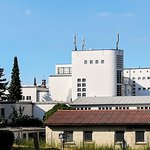 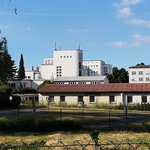 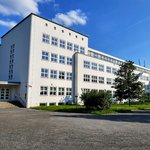 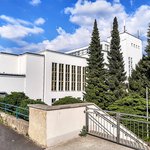