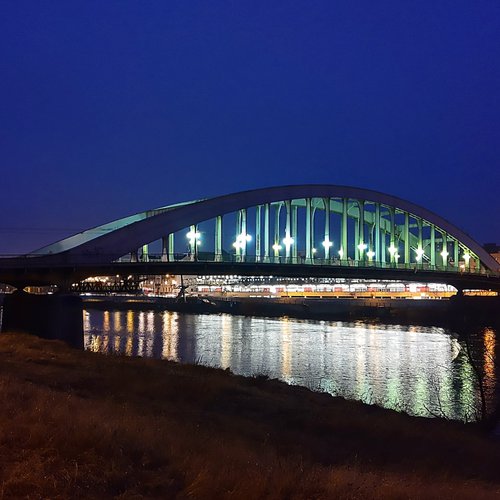 A steel construction was chosen for the arch of the bridge, which could best withstand the poor air conditions in Ústí nad Labem, a centre of chemical industry. First of all was built the arch of steel with about 140,000 rivets, then the reinforced concrete deck was added. The structure rests on two piers, 123 metres apart of each other. At the time of construction, this was the longest distance between two bridge piers in Czechoslovakia.

The first plans for a bridge over the Elbe in Ústí nad Labem date from 1908. The next tenders were issued in 1926, but these were protracted. The experienced bridge builder Joseph Melan, who was responsible for the construction of the bridge in 1934-36, was chosen to built this bridge.
The bridge became a symbol of the expulsion of the German-speaking population from the city and Czechoslovakia after the end of World War II. The event of 31 July 1945 went down in history as the Ústí Massacre, commemorated by a small plaque on the bridge.

Discussions are taking place whether the bridge should be protected as a national cultural monument due to its construction and history. 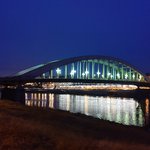 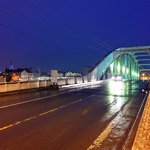