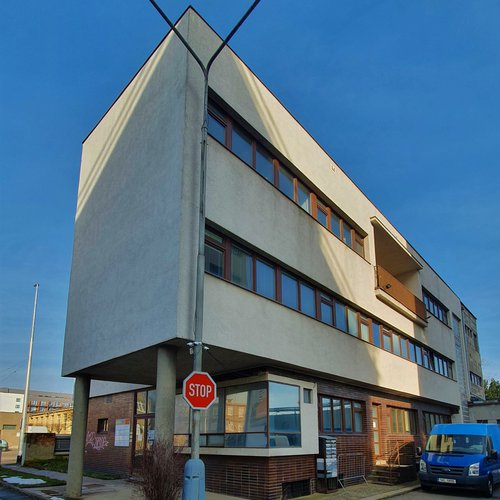 Prague's East end, like the neighborhood Vysočany, was strongly characterised by industry.

The AGA factory was rebuilt in the years 1936-38 by František A. Libra and the construction company František Smlsal. The factory produced dissous gas and oxygen and used to consist of a gas station, an oxygen plant, a warehouse, a social facility and an office building conceived as highly representative architecture with characteristic sash windows, rafters and steel columns supporting a separate staircase. The administration building is the only part of the factory that still exists. It is built rectangularly and was the entrance to the factory. The uniform mass of the building is enlivened by the cubic risalit at the entrance, supported by two columns. The façade is divided by strip windows, the ground floor is lined with ceramics, the luxfer strip reveals the space of the internal staircase. The interior is dominated by the main central staircase, from which two corridors extend. The staircase has an original wooden railing with a candlestick at the base. Upstairs, the original built-in benchs in the hall and parts of the furniture have been preserved (Czech National Heritage Institute NPÚ). The side staircase is also interestingly designed, the railing of which is formed by a combination of metal bars and glass panels. The interior also preserves the original door panels, tiles and representative stone tiles.

On the ground floor there were rooms for contact with customers and an exhibition hall, on the first floor there were offices and on the second an apartment of the director. The basement was occupied by a boiler room.

The elegant building is now under monument protection. The adjoining courtyard wing contained staff apartments, on the ground floor social facilities and garages. In the middle of a large plot stood the dissous gasworks building.

After the Second World War, however, dissous gas ceased production and was nationalized as part of the huge company ČKD-Trakce. In the 1970s it got largely rebuilt and most of the buildings, apart from the administration building, gave way to other production facilities. 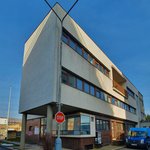 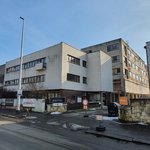 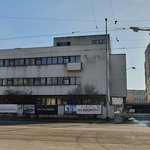 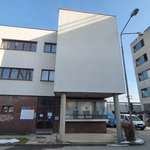